Mop and bucket in Aisle 3 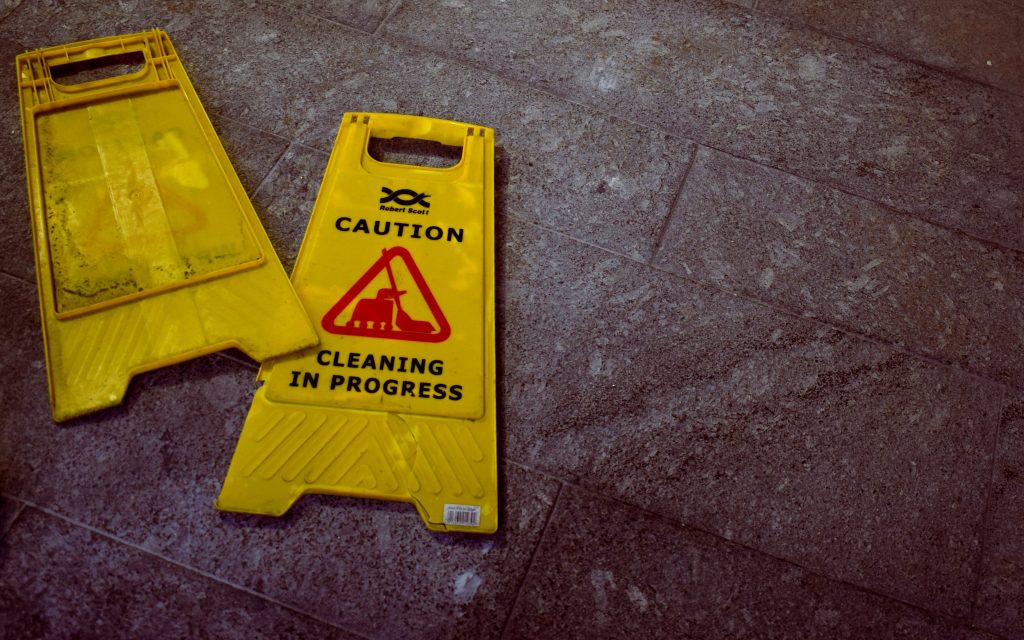 Deep breath. They’ve done it again. They’ve invested heavily in installing a change without thinking about the people who will use it, or thought about adoption, OR the impact on customers. In short: There’s been no change management expertise involved.

You’ve been called in really late in the piece or after go-live.

They won’t use it.

They’ve come up with workarounds.

They’re not adopting the new values.

The callout has been made: “Mop and bucket in aisle three!”

It’s a horrible mess, and you need to clean up.

Frustratingly, this is a common change management approach, so let’s talk about some of the different versions of it.

We all saw it coming

Somebody thought it would be a no-brainer, it’s been really costly to implement, and they need to get benefits, pronto.

We all  knew it would be a mess, but ego or obstinance got in the way. The mess is made worse because it could have been avoided – as with a modicum of consultation and early engagement there would have been a heads up, or at the very least a hint, at the way things were going to go.

This usually happens because the sponsor of the initiative has no understanding of the link between change management and benefits realisation OR the sponsor is not ready to hear views that are counter to their perspective.

Swing that mop! Get in, work out who can influence the decision-maker who has created the mess, do a lot of coffees and high touch engagement. Validate the experience of those who have disengaged or are actively resisting. Work with them to understand how it can be salvaged. Actively broker a compromise or agreement with the disaffected parties. Conduct a ‘lessons learned’ once enough time has passed. Make those lessons public in some format (yammer, lunch and learn) as a ‘mea culpa’ to the employees damaged by the change.

This may buy back some goodwill for future change – but it also educates up and coming leaders in the organisation of the costs of not doing change management work upfront.

The nature of the change necessitated it.

Sometimes there are types of change that prevent early engagement and consultation or change impact analysis. Specifically, I’m thinking:

When you deploy a cloud-based software platform that is not able to be customised.

When there is sensitivity of an industrial relations nature and you are working with an adversarial union entity.

When there is a commercial sensitivity, and you need to align your change communication with market announcements.

When you find that you are implementing a change where there is no opportunity to co-design, co-create or have input on what the change should be, you need to focus strongly on managing expectations and being explicit as to why there is no consultation. You can often provide an opportunity to co-design HOW the change happens though. So, if you are being brought in just before launch, focus heavily on understanding the communication and training expectations.

If the change has a heavy IR implication such as layoffs or outsourcing, the best you can do is focus on anticipating the likely scenarios and preparing for them. It’s likely there will be some clues from previous change – but get close to the HR teams and corporate affairs to understand the nature of the workforce and the likely public narrative about the change.

Similarly, when the change has a commercial sensitivity you need to work really closely with the corporate affairs team and the market launch team – so you can make sure that all of the communications are deployed at the same time, and there is an over-production of material, communication and training support for affected employees.

Depending on the number of employees impacted you may be able to use NDAs or confidentiality clauses on key personnel to make sure they are ready to support.

It’s cheaper to clean up in the short run.

In some circumstances, the cost of doing a short intensive clean-up period – roadshows, additional floorwalkers, and/or training materials is less than having a change team working from the beginning.

Make no mistake though this can often just look like a PR campaign and while it might be cheaper from the beginning, it’s costly in the long run as employees become distrusting.

The legacy of poorly executed change lasts a long time.

I’m not sure beyond “do what you need to do” – make aware, inform, educate, train, report on that there’s much else you can do.

Bring your flack jacket – you may be facing into some significant unrest as a result of the lack of early consultation and design. If the decision to not resource change up front has been a financial decision from someone with a short term focus it will take a lot of work to change that mindset.

You’re likely to see more of this with this type of company – so ultimately you need to think about if its an organisation you want to stay with. It’s going to be hard work ongoing.

“Late is never great” in a change environment, particularly if you aren’t aware of the scope and distribution of the mess until you arrive, mop and bucket in hand.

What do you think?

Are there other scenarios to consider?

Do you have your own preferred style of mop?

Conversations of Change holds a decade’s worth of discussion, innovation, and information about the practice of change. Return as often as you like to dig around for some handy nuggets and invaluable change insights.

I’ve really enjoyed everything about Conversations of Change, and am both grateful and proud of the work that was done on this little site.

My focus over the last few years has been on change leadership, culminating on the launch of www.drjenfrahm.com a couple of years ago, and that’s where you’ll find all my new posts, podcasts, and insights on anything to do with change.

Follow the new Dr Jen Frahm page on Linkedin and Facebook, and subscribe to Change Leader Insights email for continued posts on change, transformation and leadership, and information on how to subscribe to my podcast.

We use cookies to ensure that we give you the best experience on our website. If you continue to use this site we will assume that you are happy with it.Okay, I'm inNo